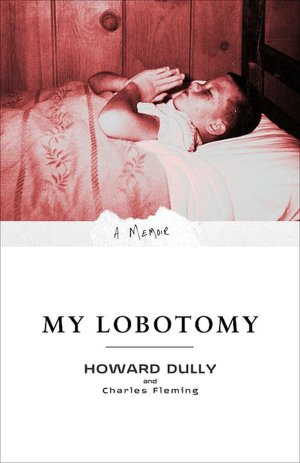 At twelve, Howard Dully was guilty of the same crimes as other boys his age: he was moody and messy, rambunctious with his brothers, contrary just to prove a point, and perpetually at odds with his parents. Yet somehow, this normal boy became one of the youngest people on whom Dr. Walter Freeman performed his barbaric transorbital—or ice pick—lobotomy. Abandoned by his family within a year of the surgery, Howard spent his teen years in mental institutions, his twenties in jail, and his thirties in a bottle. It wasn’t until he was in his forties that Howard began to pull his life together. But even as he began to live the “normal” life he had been denied, Howard struggled with one question: Why? “October 8, 1960. I gather that Mrs. Dully is perpetually talking, admonishing, correcting, and getting worked up into a spasm, whereas her husband is impatient, explosive, rather brutal, won’t let the boy speak for himself, and calls him numbskull, dimwit, and other uncomplimentary names.” There were only three people who would know the truth: Freeman, the man who performed the procedure; Lou, his cold and demanding stepmother who brought Howard to the doctor’s attention; and his father, Rodney. Of the three, only Rodney, the man who hadn’t intervened on his son’s behalf, was still living. Time was running out. Stable and happy for the first time in decades, Howard began to search for answers. “December 3, 1960. Mr. and Mrs. Dully have apparently decided to have Howard operated on. I suggested [they] not tell Howard anything about it.” Through his research, Howard met other lobotomy patients and their families, talked with one of Freeman’s sons about his father’s controversial life’s work, and confronted Rodney about his complicity. And, in the archive where the doctor’s files are stored, he finally came face to face with the truth. Revealing what happened to a child no one—not his father, not the medical community, not the state—was willing to protect, My Lobotomy exposes a shameful chapter in the history of the treatment of mental illness. Yet, ultimately, this is a powerful and moving chronicle of the life of one man. Without reticence, Howard Dully shares the story of a painfully dysfunctional childhood, a misspent youth, his struggle to claim the life that was taken from him, and his redemption.